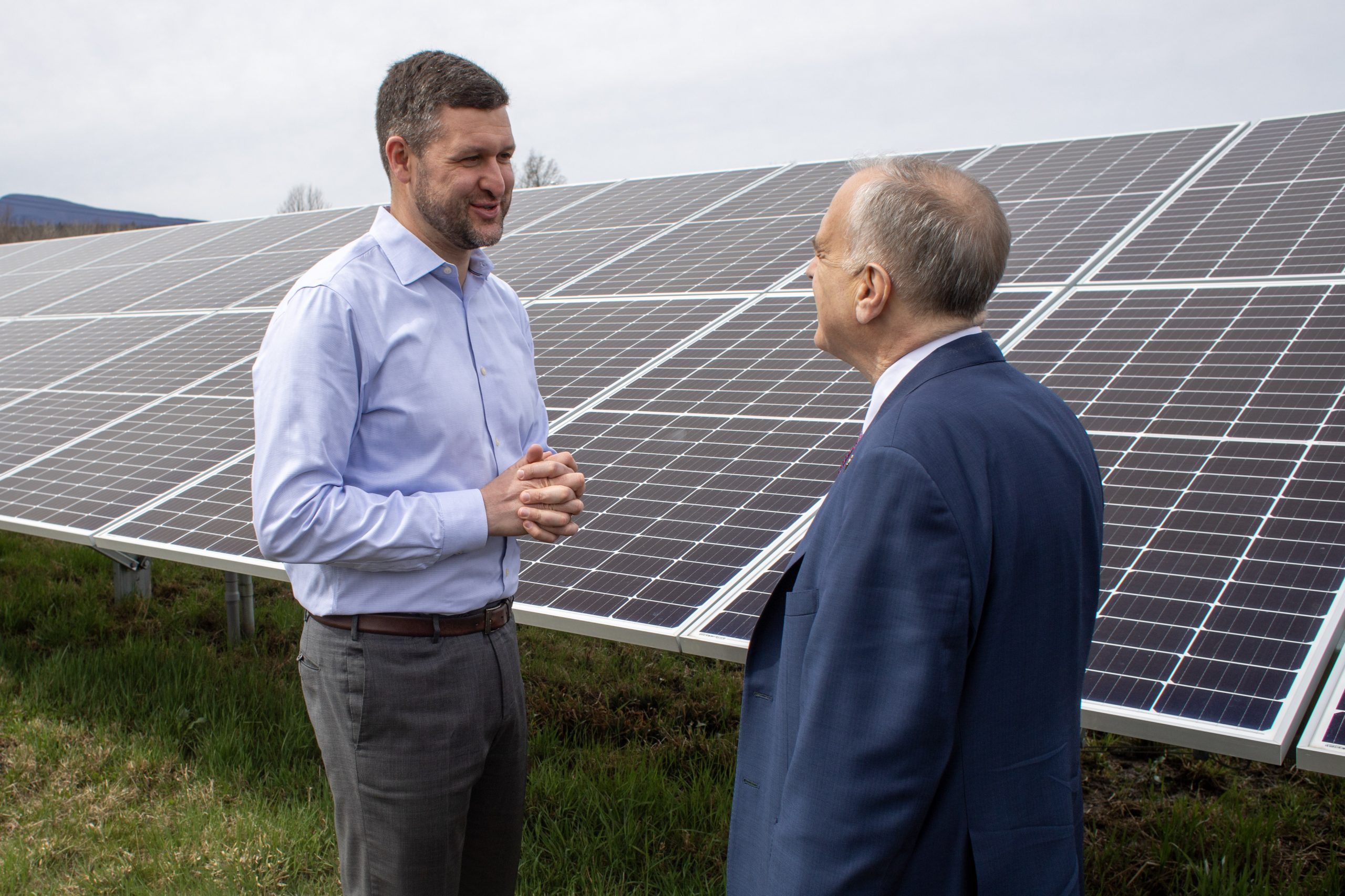 “It was an honor to host NYS Comptroller Tom DiNapoli and share with him some of the innovative work that we have done across the County to implement our Green New Deal,” Ulster County Executive Pat Ryan said. “Comptroller DiNapoli has been a true leader on this topic and continues to advocate at the state level to invest in the new green economy. I want to thank him and his office for spending time in Ulster County, hearing from us directly and learning how we can better partner together.”

“Ulster County is walking the walk when it comes to preparing for, and embracing, a greener future,” said New York State Comptroller Thomas P. DiNapoli. “It was wonderful to hear from local leaders and see firsthand the county’s Green New Deal in action. I commend County Executive Ryan for his leadership and commitment to bring green infrastructure and jobs to the Hudson Valley.”

The tour highlighted a number of the successes that Ulster County has had through their Green New Deal plan released last Earth Day. The plan, consisting of over 30 goals and targets, made Ulster County the first County in New York State and among the first in the nation to release a comprehensive Green New Deal plan. The tour comes shortly after Comptroller DiNapoli released a report through his office discussing the impact of green jobs in New York State. In his report, Dinapoli advocates for the State to fund educational and workforce development programs to grow the green economy and help bolster New York’s pandemic recovery. Noting that the number of jobs influenced by the green economy in New York exceeded one million in 2019 and 2020.

Recently, Ulster County Executive Pat Ryan announced that Ulster County Area Transit (UCAT) has put its first three electric buses on the road. The buses will run on 100% renewable electricity and reduce transit-related greenhouse gas emissions by an estimated 10% (112 metric tons of CO2e per year). In 2019, County Executive Ryan announced the creation of the Green Careers Academy, a new eight-week training program, in partnership with SUNY Ulster, that provides the skills and expertise necessary to begin careers in the expanding clean technology industry.